West Bengal Police Recruitment 2020 has announced for  Software Developers. Want to apply for it? Here find here all range of details below. 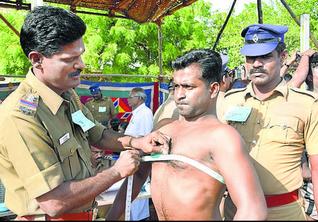 The West Bengal Police has jurisdiction concurrent with the eighteen revenue districts of the State (excluding the metropolitan city of Kolkata) which comprises one of the two general police districts of West Bengal as under the Police Act 1861. The other general police district consists of the major portions of the metropolitan area of Kolkata, and has a separate police force (Kolkata Police) constituted and administered under the Calcutta Police Act 1866 & Calcutta (Suburban Police) Act 1866. This arrangement, unique in India, was conceived during colonial times when Calcutta was the capital of British India. The city police have been kept independent of the state police force.

All about vacancies are  03

Candidates should complete first class MCA or M.SC in IT / Computer Science or B.E/B.Tech in Computer science with skill in Software Design, Development, Documentation & Implementation support.

Procedure to apply
Applicant can send email their duly filled application form in the prescribed format along with the required documents to (igsbwbpccc@gmail.com) id on or before 07 April 2020.